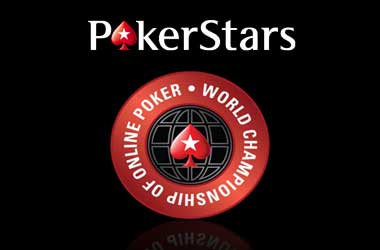 The 2021 World Championship of Online Poker (WCOOP) is in its final week and is on track to become the third biggest online poker festival for PokerStars. The online poker operator released some impressive numbers for the 2021 WCOOP based on the 200 plus tournaments that have already been completed.

The 2021 WCOOP had more than 300 events with a wide-range of buy-ins. The first 200 tournaments had a combined guarantee of just under $59 million. PokerStars has revealed that 204 games have taken place and the combined prize pool generated across these events surpassed the $59 million guarantee and hit close to $73 million.

The average number of entries per 2021 WCOOP tournament was just under 4,200 and the average guaranteed prize pool was just over $357,000. PokerStars recorded just under 853,000 entries across these 204 events and these are not taking into account add-ons and re-entries. While the overall response was great, 30 games did not meet their guaranteed prize pool and resulted in a total overlay of just over $493,000.

The 2021 WSOP Main Event is the highlight of the poker festival and will take place on Sep 12 and feature a $20 million guaranteed prize pool. The 2021 WCOOP will come to an end on Sep 15. There are still a lot of exciting events left on the schedule with more than $41 million in prize money waiting to be won.

The 2021 WCOOP is on track to surpass the $105 million guarantee and take over the third spot. PokerStars estimates that the 2021 WCOOP could end up generating over $120 in combined prize money and could end up getting close to the $130 million mark.

When you look at the biggest SCOOP and WCOOP festivals that PokerStars has staged over the years, you get a better idea of how much the online poker market has increased. To give you an idea of these numbers, the 2012 WCOOP had a $30 million guarantee and generated over $45 million.